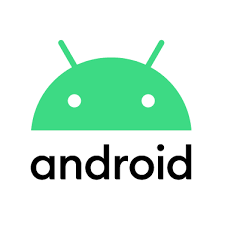 As a company we have always used iPhones. Not sure why, but recently we have been asked the question numerous times – how do you record phone calls on an iPhone and are there any alternative or better options?

Android – A Better Alternative to iPhones?

We purchased a Samsung A40 – a very inexpensive smartphone currently retailing at £149.99 on ebay for a refurbished version and £219.99 on Amazon new. Although already it has been superseded by the A41.

We were expecting great things from the phone and looked forward to being able to write this article and give our clients lots of advice on how easy it is to record phone conversations.

Unfortunately it was not to be!

Google Voice – Not Available in the UK

The first App that all the various “recording your phone call” articles mention is Google Voice. This has apparently been downloaded over 10 million times and apparently is very easy to use and record phone calls with.

Unfortunately not in the UK! Here is the screen you get when you try to open Google Voice.

How annoying! I have written this article prior to the complete removal of the UK from the EU and it may be that data regulations diverge away from the standard GDPR rules of the EU that apply across the 27 states. However at the moment there are strict regulations restricting the recording of phone calls in Western Europe and this includes the UK.

So Google Voice is no good.

Next I tried the built in Samsung Voice Recorder.

Very simple to use. What could be easier than pressing a red button on the screen?

I had read in a few articles that this was one of the easiest ways to record a phone conversation. It may well be the case in other countries but here in the UK the Samsung Voice Recorder is not available as soon as you make a call. It is blocked.

So back the drawing board.

Next up is the CallU Automatic Call Recorder Pro – we tried this out as an experiment to see if third party apps had more of a result than the inbuilt Samsung option.

Free of charge to use – seems to have a pro version but just starting off it is easy to set up and use. You basically grant it a load of permissions – accessing all sorts of things on your phone, but when you make a call a little button pops up and gives you the option of recording.

You can listen to the recording I made below.

As you can hear, or not, the call is completely silent. This is because again recording phone conversations in the UK and EU is not usually permitted by the various networks. We are with Lebara/Vodafone and I do not know whether the same applies to the other network providers.

The problem with the CallU app will apply to every other app on Android – it is simply not possible to record phone calls in the UK or EU because of restrictions. However:

And that’s it. We are very disappointed as after reading all the articles on how good Android phones were as a phone call recording option it is clearly not the case for the UK.

The only other option would be to put the call via Zoom or Teams and record using the inbuilt options there. This is the subject of another article..